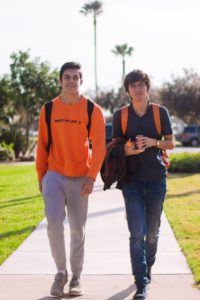 I haven’t written about foster care misconceptions for a while so let’s explore another common one. There are people (not to suggest you are among them) who believe some kids enter foster care due to their own poor choices and mistakes.

No child has ever entered the foster care system as a result of their own poor choices. Kids are placed in foster care due to abuse or neglect they have suffered at the hands of biological parents, grandparents, guardians, or sometimes other family members who were their primary caregivers.

It is never, never, never the actions of a child that causes a removal and placement into foster care.

Along the same lines, there are those who believe that older kids in foster care are juvenile delinquents. The truth is behavioral issues are most often the result of trauma from the abuse and neglect experienced prior to coming into foster care.

All behavior is a form of communication. So, when a child acts out in a certain way, it is quite possibly due to something that has (abuse), or has not (neglect), happened in his life. When I consider the cases of maltreatment I have heard about, I am in no way surprised at the way that some children behave. They put up walls and display maladaptive behaviors as an attempt to survive; even if they are unaware that it is a survival method and a way of asking for help. It is not a chosen behavior and sometimes they might not even realize there is any other way for them to act.

Consider this, when you’re used to not getting any attention, you might act in a way that warrants a lot of attention. This could include things such as theft,  food hoarding, or lying…or any behavior in between. But, they are not behaviors a child chooses on his own.

The good news is they are behaviors that can be turned around with the love, time, and attention of just one person. I know that is mind-blowing; but seriously, if a child is able to connect and have a good relationship with just one person it can be a life-changer. That doesn’t mean there won’t be trouble and there won’t be therapy. But connection with a caring and loving adult can build trust, break down barriers and provide a child an experience they have never known.

A good foster parent is someone the child views as safe, stable and accepting. This is not to suggest you allow the child to continue behaviors that are self-destructive, or destructive in general. But meeting the child where he is and moving forward with him can bring about the greatest healing in a child’s life.

Are older kids in foster care juvenile delinquents? No, they are simply kids that come from hard places and are doing everything they can to make it known to the world. Why? So they can get the help they deserve.